An epic fantasy ode to martial arts and magic—the story of a spoiled hero, an exacting grandmaster, and an immortal god-king from the #1 New York Times bestselling author of The Lives of Tao. It has been foretold: A child will rise to defeat the Eternal Khan, a cruel immortal god-king, and save the kingdom. […]

Read More… from The Art of Prophecy: The War Arts Saga, Book One 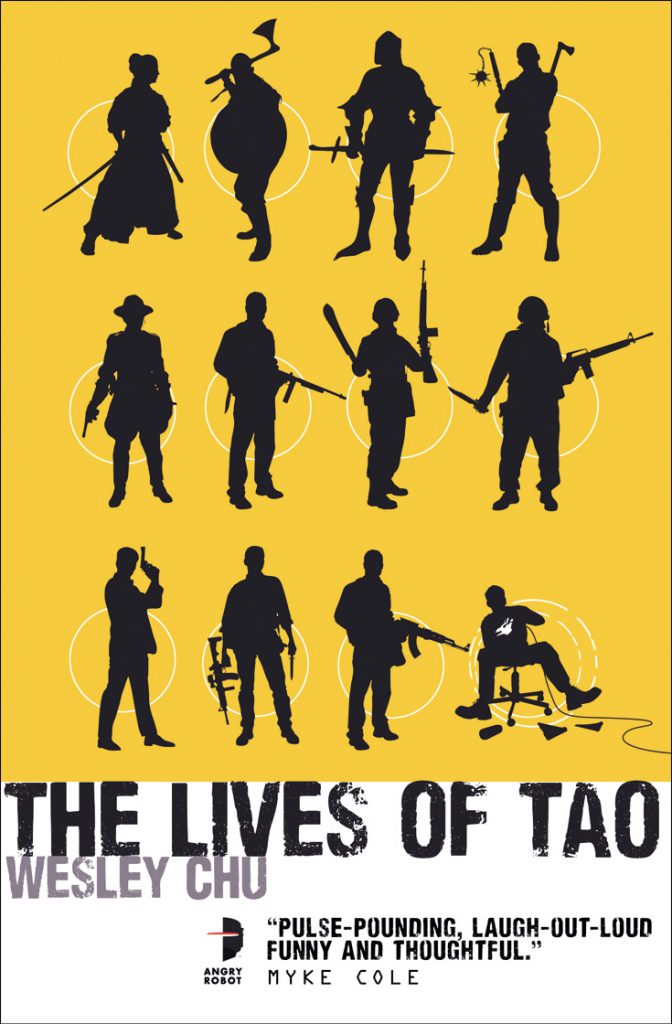 Nominated for the Goodreads Choice Awards 2013 Finals for Best Science Fiction Winner of the Alex Award for the American Library Association’s 2014 Youth Media Awards Few books begin more engagingly than The Lives of Tao, a science fiction romp which wears its principal strength — the wit and humor of the narrative voice — […]

Read More… from The Lives of Tao Booklist Starred Review Shelf Awareness Starred Review The sequel to The Lives of Tao. The Prophus and the Genjix are at war. For centuries they have sought a way off-planet, guiding humanity’s social and technological development to the stage where space travel is possible. The end is now in sight, and both factions have plans […]

Read More… from The Deaths of Tao Many years have passed since the events in The Deaths of Tao. The world is split into pro-Prophus and pro-Genjix factions, and is poised on the edge of a devastating new World War. A Gengix scientist who defects to the other side holds the key to preventing bloodshed on an almost unimaginable scale. With the […]

Read More… from The Rebirths of Tao A limited edition novella following Cameron Tan in the Tao universe. Length: 120 pages Dust jacket illustration by Galen Dara. Cameron Tan wouldn’t have even been in Greece if he hadn’t gotten a ‘D’ in Art History. Instead of spending the summer after college completing his training as a Prophus operative, he’s doing a study […]

Read More… from The Days of Tao Release Date: Oct 4th, 2016. The next chapter in the Tao universe. New heroine, new Quasing, same old problems. Ella Patel – thief, con-artist and smuggler – is in the wrong place at the wrong time. One night, on the border of a demilitarized zone run by the body-swapping alien invaders, she happens upon a […]

Read More… from The Rise of Io The superb aliens-in-your-head SF sequel to the wildly popular The Rise of Io, by the author of The Lives of Tao series. “Years after a killer debut, Wesley Chu keeps leveling up. Storytelling that seems so effortless you never see the punches coming.” – Peter V Brett, bestselling author of the Demon Cycle series When […]

Read More… from The Fall of Io Time Salvager: a fast-paced time travel adventure from Wesley Chu, the award-winning author of of The Lives of Tao. Convicted criminal James Griffin-Mars is no one’s hero. In his time, Earth is a toxic, abandoned world and humans have fled into the outer solar system to survive, eking out a fragile, doomed existence among the other planets […]

Release Date: July 12th, 2016. The sequel to Time Salvager. Having been haunted by the past and enslaved by the present, James Griffin-Mars is taking control of the future. Earth is a toxic, sparsely inhabited wasteland–the perfect hiding place for a fugitive exchronman to hide from the authorities. James has allies, scientists he rescued from […] Read More… from The Red Scrolls of Magic From #1 New York Times bestselling authors Cassandra Clare and Wesley Chu comes the second book in the Eldest Curses series and a thrilling adventure for High Warlock Magnus Bane and Alec Lightwood, for whom a death-defying mission into the heart of evil is not just a job, it’s also a romantic getaway. The Lost […]

Read More… from The Lost Book of the White In this riveting, “gory, and action-packed” (Jonathan Maberry) survival thriller, set in the expansive world of Robert Kirkman’s The Walking Dead series, three people from different walks of life in China must join forces against the typhoon of undead as chaos sweeps over Asia. In the aftermath of the zombie virus outbreak, what remains of […]